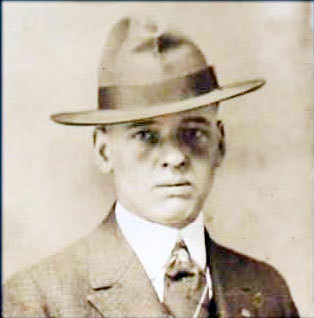 Camille Frank (or C.F.) Orra Jr. was one of the first persons to sign the Oakland Register on November 30, 1927. He flew Lieutenant William Fillmore’s plane, the only Department of Commerce licensed Standard J-1 at the newly opened Oakland Airport. Lieutenant Fillmore considered Mr. Orra one of his best students and gave him a job instructing student pilots at his burgeoning school. The son of an engineer and successful car salesperson, flying was a natural fit for Mr. Orra, but it would not last.

Born and raised in Oakland, his father, C. F. Orra Sr., sold Studebakers for Weaver Wells Company in Oakland for decades. There’s a newspaper photo of C.F. Orra Jr., his mother, and sister accompanying their father on the annual 260-mile Tribune Tour from Oakland to Lake Tahoe in September 1916. His father drove the official Studebaker car and was one of 17 participants to achieve a perfect driving score. Curiously, just before this in May, his father filed for bankruptcy. However, the family finances recovered by the mid-1920s enabling the family to afford summer homes near Santa Cruz. 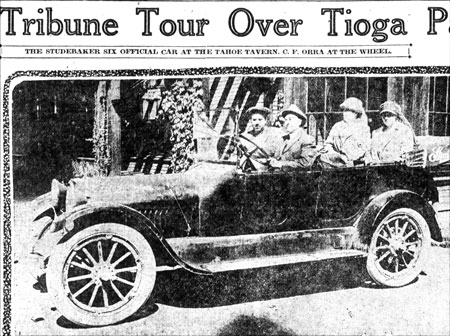 Mr. Orra followed in his father’s footsteps getting a job at the Southern Pacific Railroad in September 1918 at age 19 as a machine apprentice in West Oakland. In 1919 at age 20 he applied as a seaman at the Port of Seattle. The next year in June 1920 at age 21 he married Violet Edna Fleming, age 22, also of Oakland. He stayed at Southern Pacific Railroad until February 1923 eventually becoming a tool attendant making $0.47/hour. 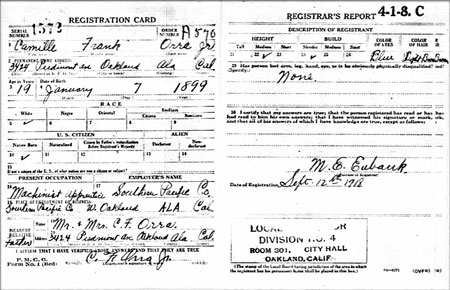 Soon after Mr. Orra taught flying at the Oakland Airport for Fillmore Flying Service in late 1927, he started his long career at the Pacific Gas & Electric Company (PG&E). In 1930 he was a firefighter for the company and living at 1232 62nd Avenue in Oakland with his second wife, Melba Bradley. His other duties included being a machinist, a boiler cleaner, and head of the steam department. In 1942 he was employed at PG&E’s Station C in West Oakland. Melba died in 1956. By 1960 Mr. Orra was living in Castro Valley and married a third time to Hedwig Krause. They died 10 days apart in September 1978. 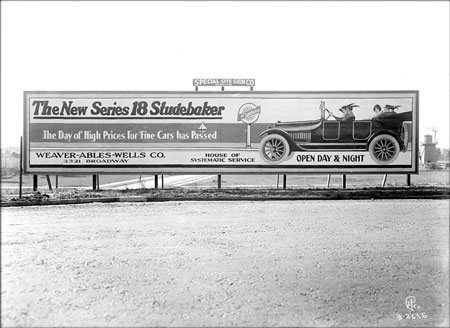 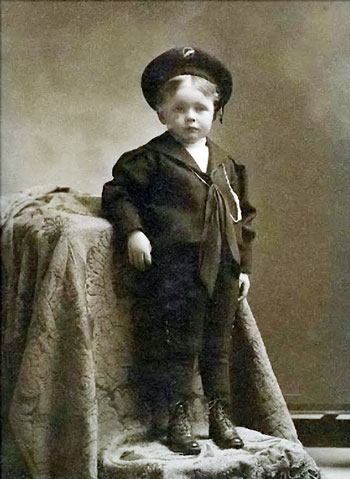