Leon Theodore Eliel signed the Oakland Register in September 1929 – staying for two days and dropping off a passenger on his way from and to Los Angeles. An employee of Fairchild Aerial Surveys, he flew a Fairchild 71 airplane, NC24K1, an aircraft meant for aerial photography. The nature of his visit could have been business or personal as his brother, Paul, lived in nearby Berkeley.

Born in October 1894 and raised in Southern California, the middle child of three sons, Leon also had deep roots in Montana. His father, Lambert, one of four brothers, established the Eliel Brothers store2 in the late 1880s, and founded the town of Dillon, Montana from a rancher who didn’t want to sell to the Union Pacific Railroad. His mother was the niece of architects Art and Alf Heineman, credited with designing the world’s first motel in 1925 (located in San Luis Obispo, California.) At age 10 Leon’s father died, and a few years later in 1908 his mother, Elizabeth, died. Leon and his brothers, Paul and Lambert, lived with their maternal family in southern California with additional care provided by their paternal family in Montana. At age 15, he attended the Throop Polytechnic Institute in Pasadena serving as the business manager of the school’s quarterly newspaper. At age 16, Leon and his Uncle Frank Eliel went to Europe for several months where Leon was exposed to new worlds that would make a lasting impression on him. 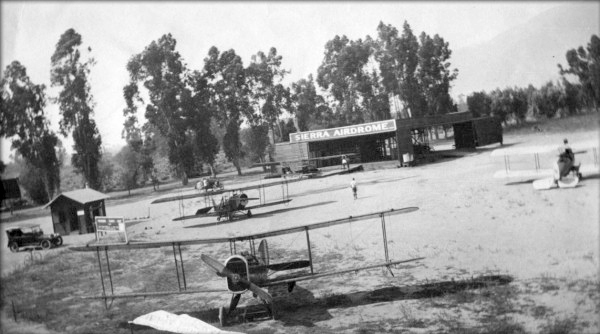 During World War I Lieutenant Eliel learned to fly and understand the potential of aerial photography and photogrammetry3 as a career. By 1920, Leon was married to Elizabeth, had a son, William, and with an investment of $50,000 co-owned the Sierra Aircraft Company that operated the Sierra Airdrome (also known a Eliel Field) at Hastings Ranch in Pasadena. The field provided for passenger and mail transport, aerial surveys and manufacturing of small planes. During this time, Leon participated in making the first aerial survey map of Pasadena.

In 1922, Leon became the President of the Photomap Company. Two years later, the Photomap Company merged with the Pioneer Aerial Engineering Company, and Leon’s long career with Fairchild Aerial Surveys started the next year when they joined Fairchild in 1925. Fairchild Aerial Surveys, one of several companies founded by Sherman Fairchild, would become a training ground for cameras, airplanes and aircraft engines for the next several decades. On a personal note, also in 1925, Elizabeth’s uncles built the Eliel’s their home at 718 Burleigh Drive in Pasadena where they raised William and his younger brother, John.

As the stock market crashed, Leon’s career grew from Pacific Representative to Western Manager. He gave lectures, and published papers to promote photogrammetry. In the late 1920s he gave at talk entitled “Map Making a Mile a Minute” to several groups, and published “Aerial Maps Find New Applications” in the Military Engineer. Any pilot or photographer could take oblique (tilted) single photographs for newspapers, etc., but only a trained pilot and photographer could fly at the right time of day, speed, elevation and course to take the hundreds of necessary vertical photos needed to piece together a mosaic for an aerial map. The first topographic map was made from aerial photos in 1929. 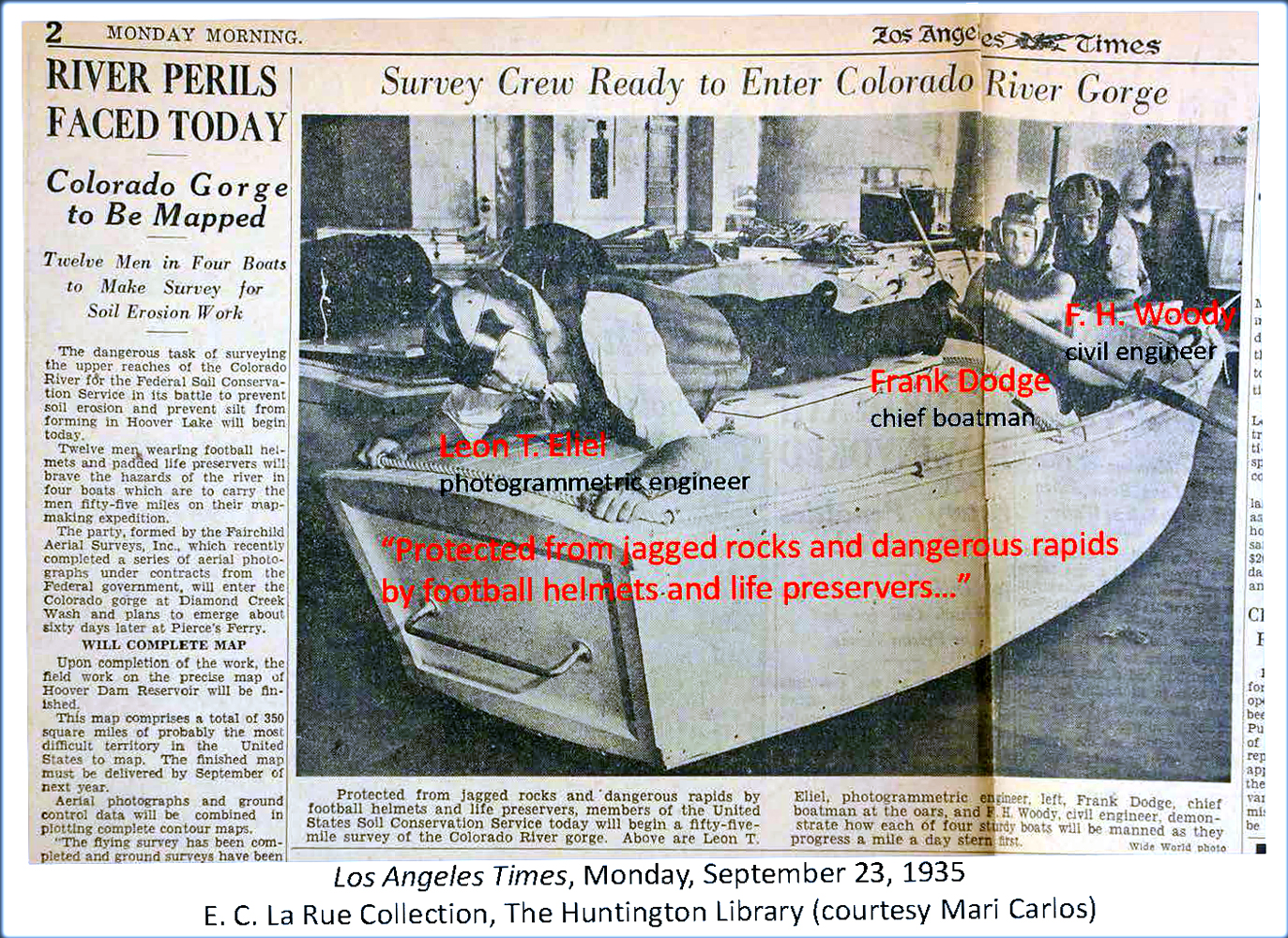 By 1935 Leon was Fairchild Aerial Survey’s Chief Engineer and Vice President. During this time, he supervised the construction of the largest aerial camera made at Fairchild Aerial Camera Corporation (in New York). This multi lens camera, constructed to study erosion over 35,000 square miles in the Rio Grande Valley of New Mexico for the U.S. Soil Erosion Service, cost $25,400, and weighed 300 pounds. Film added another 75 pounds. Each load of film could take 2,000 separate photos. Flying at an elevation of 23,000 feet, one photo could capture 225 square miles providing information in months what used to take years to ground survey. After the camera was built, Leon traveled west with it to assist with mounting it on an airplane. 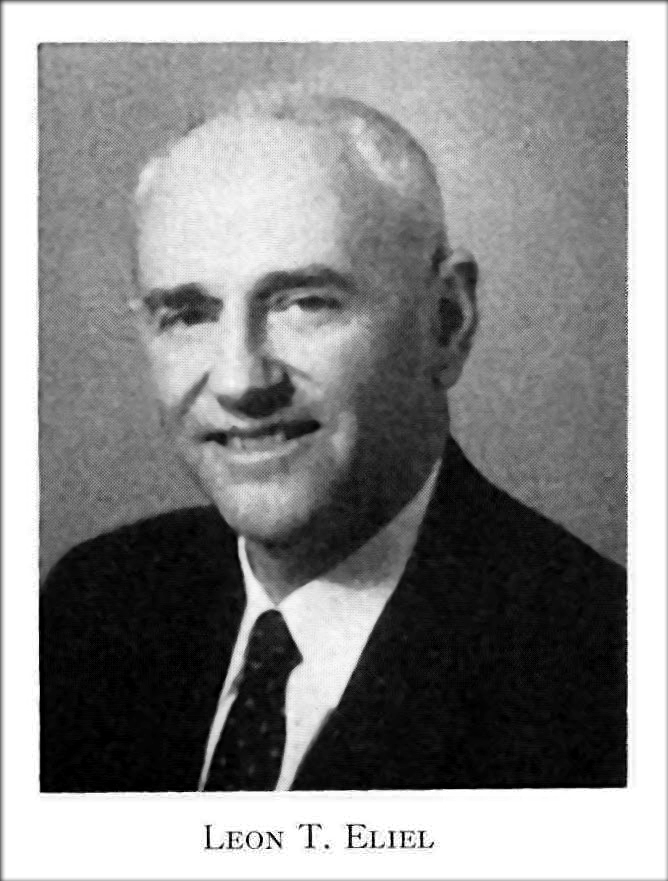 Also in 1935, Leon worked to map 55 miles of the lower gorges of the Colorado River developing the aerial camera and other equipment used in the expedition. The purpose of the expedition was to identify sources of silt in the watershed filling the Hoover Dam reservoir, and identify potential methods to combat erosion.

To improve the science of photogrammetry, Leon patented at least five inventions: an aerial camera, the camera mount on an airplane, a way to assemble maps from aerial photographs including stereoscopic (three dimensional) maps, and a system for taking and coordinating photographs from two airplanes.

Active in the American Society of Photogrammetry (Society) since its inception in 1934, Leon attended numerous annual meetings many of which were held in Rochester, N.Y. (the headquarters for the Eastman Kodak Company and the Bausch & Lomb Optical Company). He wrote and presented “The Story of Fairchild Aerial Surveys” at a Society meeting in 1942. He worked internationally promoting the use of aerial photography to explore where to drill for oil (based on the location of domes and faults), and potential locations of uranium, iron deposits, and diamonds.

At the end of his career, Leon retired as President to serve as Chairman of Fairchild Aerial Surveys in 1958. The following year, Leon wrote and presented “One Hundred Years of Photogrammetry” at a Society meeting. In his 1959 paper, Leon credited the Eastman Kodak Company for making film that alleviated the weight and inconvenience of photographing on glass plates, and could capture an image in 1/1,000 second versus 1/100 second when the Society formed in 1934.

In 1969, wanting to travel, but having difficulty moving his belongings, he patented a portable hoist to move luggage and other belongings. Leon Eliel died in December 1974 two months after his 80th birthday. The University of California Santa Barbara holds the majority of Fairchild Aerial Survey’s images: more than 750,000 photos taken from 1927 to 1965.

1Housed at the Reynolds-Alberta Museum in Canada.
2When Leon’s brother Lambert, Jr. closed the store in 1965 he donated its 1896-1931 financial records to Montana State University.
3The use of aerial photographs to interpret earth’s surface. 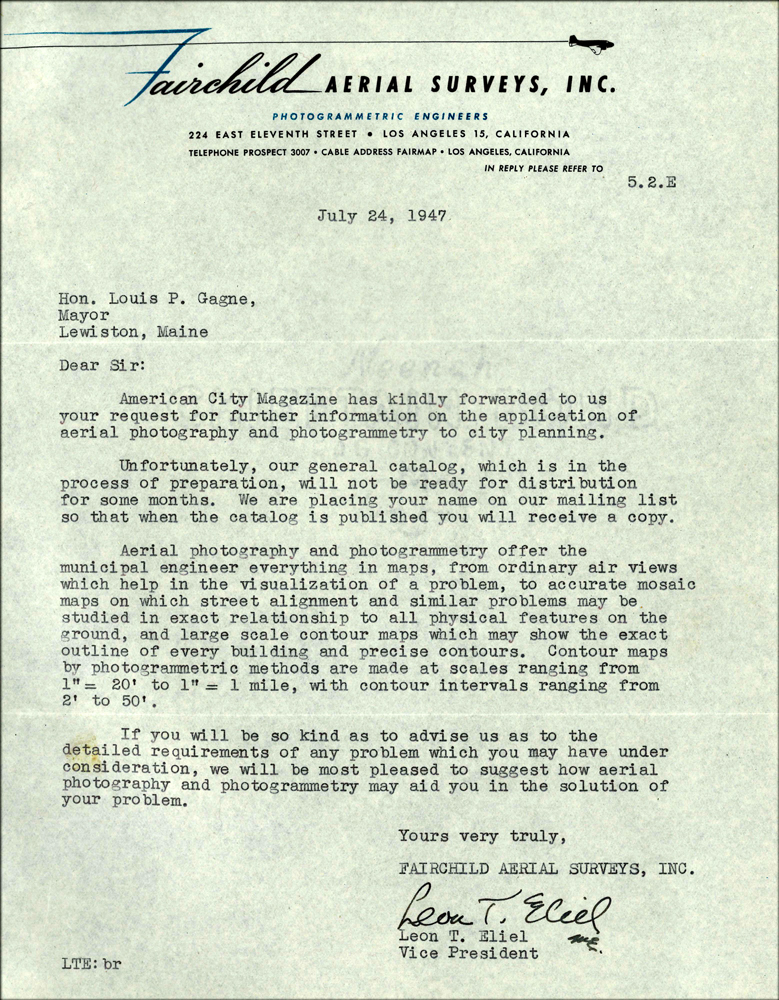 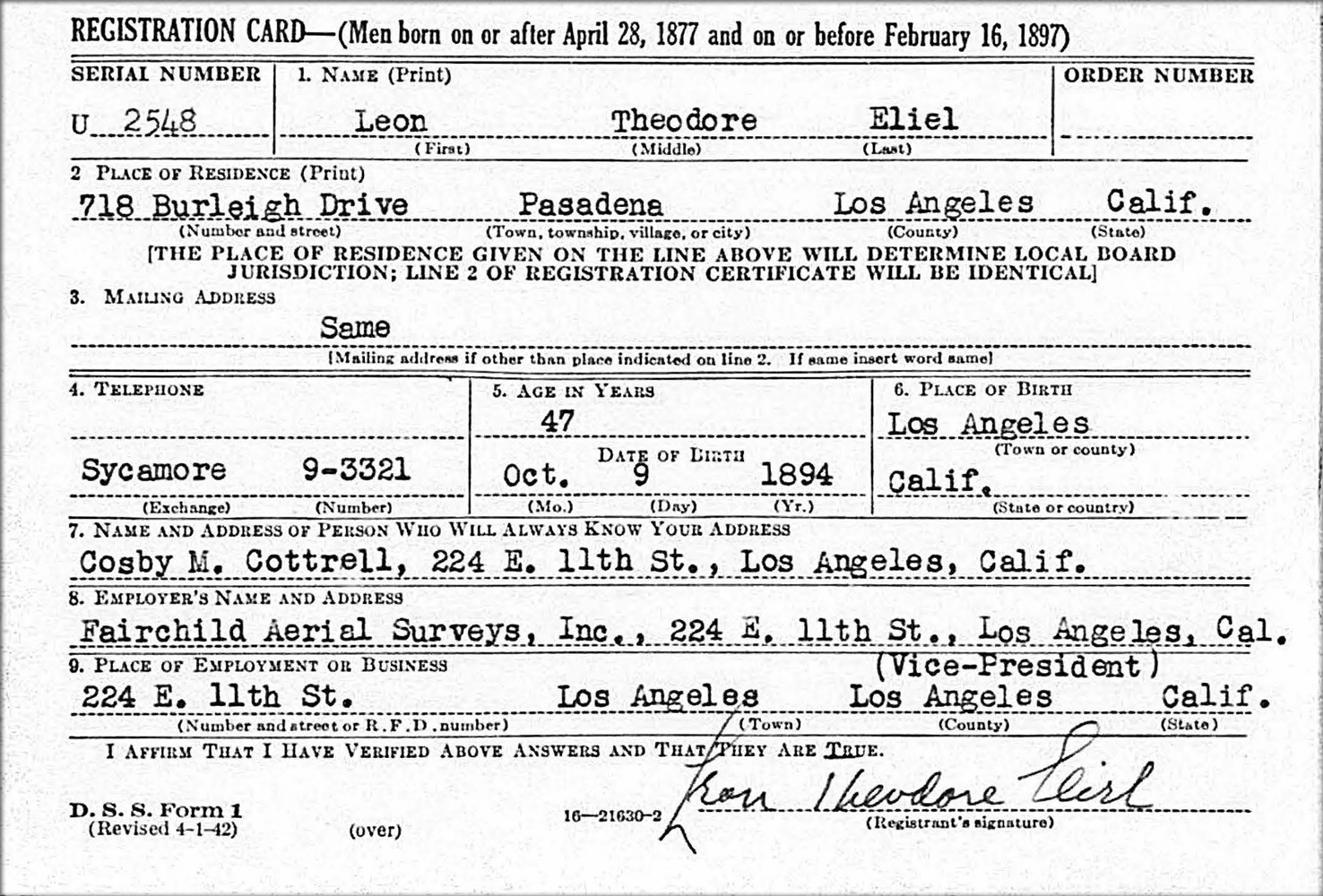