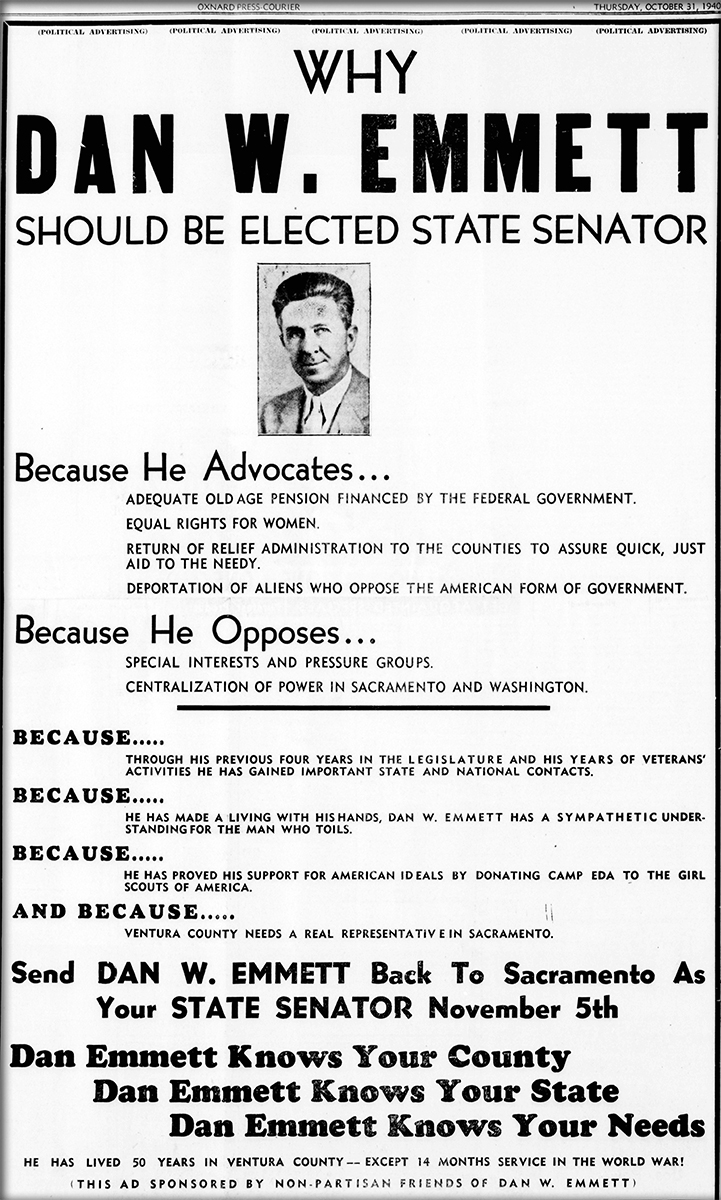 Daniel Emmett’s Stearman airplane landed at the Oakland Airport at least six times between 1928 and 1930. The first time the plane landed it was flown by veteran world war I pilot, Ernest Benway. After receiving transport license #4730, Mr. Emmett piloted his own plane often commuting the 375 miles (in 3.5 hours) from his residence in Ventura County to Sacramento.  His time in the state legislature was perhaps more turbulent than his time in the cockpit.

Mr. Emmett’s first recorded flight into Oakland, in October 1928, originated from a landing field at his 1000 acre ranch in Santa Paula (Ventura County). Always active in the American Legion, in November 1928 he was his county’s representative when he was elected to the state assembly for the 60th district. Known as the flying legislator, in March 1929 he sponsored “Emmett’s bill” that prevented the legislature from adopting a separate set of California regulations for aircraft and pilots (only federal regulations applied).  Fiscally conservative, he was the only dissenting vote opposed to the “needy aged fund” appropriating up to $30 per month for persons 70 years of age (who were U.S. citizens and had not deserted their spouse).

By this time he was flying, often with his wife, from the newly established Santa Paula Airport. Mr. Emmett helped create the airport with funds provided by 19 local ranchers.

In November 1930, Mr. Emmett was elected to his second term, this time representing the 50th district. In March 1931 Mr. Emmett sponsored another namesake bill, AB 1630, known as the “married woman’s bill”.  This bill would make it unlawful for any elected, appointed, or commissioned state, county, or city officer or school district to appoint or employ any married woman not the head of a family. Citing concerns with unemployment and that “women teachers are making boys sissies” Mr. Emmett received thousands of letters mostly opposing the bill. In Los Angeles, $30,000 ($530,000 in 2021 dollars) was raised to defeat it. Ultimately, AB 1630 was opposed by Governor Rolph and never made it out of the Labor and Capital Committee. Newspaper coverage was extensive including articles in the SF Chronicle, the LA Times, and Emmett’s local paper, the Oxnard Daily Courier.

Perhaps still smarting from opposition to his bill, in May 1931, Mr. Emmett assaulted a traffic officer in Sacramento who cited him for jaywalking. Mr. Emmett appealed the assault charge to a superior court judge claiming legislative immunity, but the judge ruled that legislative immunity did not extend to crimes and fined him $100. 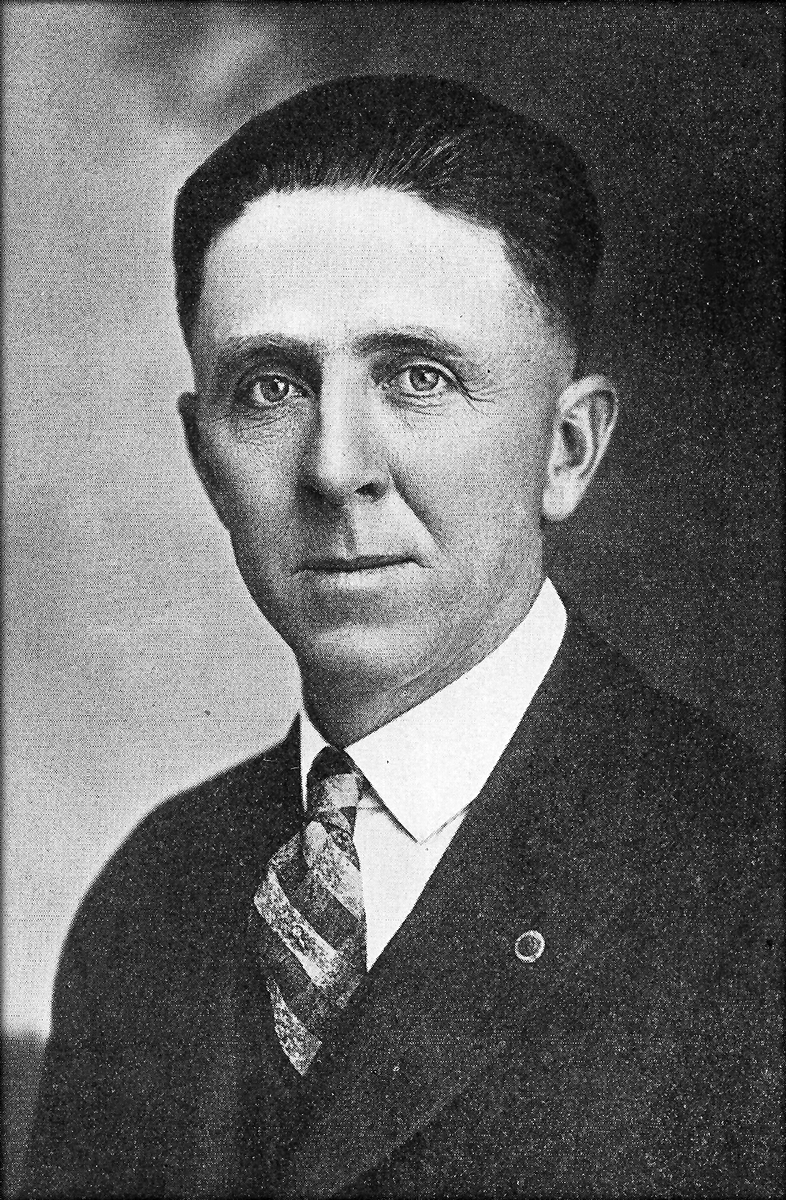 By 1933, Mr. Emmett was no longer a state representative but still flew extensively. In September, flying with his wife and several friends to attend the national convention of the American Legion in Chicago, he encountered early morning fog at the Santa Paula Airport. Flying low, his plane cleared Southern California Edison’s power lines except for the tail wing throwing the plane off balance. Losing altitude, and knowing the plane was going to crash, he turned off the ignition. Once on the ground, the cabin door jammed and gasoline trickled in, but no explosion ensued. Mr. Emmett broke his ankle, but no one was seriously hurt.

In the mid-1930s Mr. Emmett focused his efforts on the American Legion. Elected California’s Department Commander in August 1935, he represented 54,000 members earning a salary of $3,600 a year plus expenses. He and several others in the American Legion leadership ran on a platform of “Americanism” to “rid the nation of subversive influences”.

By 1938, Mr. Emmett owned and published his local newspaper, the Oxnard Daily Courier. Still interested in politics, he failed to become Lieutenant Governor and State Director of Agriculture. He followed these campaigns with a run for state senate. An advertisement in the Oxnard Daily Courier details his platform including “equal rights for women”.  Receiving 42% of the votes, he lost the state senate in the 33rd district.

The 1940 census shows that at age 53 Mr. Emmett was married to his second wife, Louise, age 28, and had a one-year-old daughter. In June 1942 a US District Court judge in LA fined Mr. Emmett and the Oxnard Daily Courier $3,780 for failing to honor their contract with the Associated Press.

Born in Tennessee in 1886, Daniel Emmett died in 1966 in Ventura, California.